In yet another surprising move, deputy leader of Libya’s Government of National Accord (GNA) Musa al-Koni announced his resignation, after two ministers also resigned from the government headed by Fayiz al-Sarraj.

Koni, member of presidential council, held a press conference during which he announced his resignation and apologized to the Libyan people for the administration’s failure to solve the problems in the country since its arrival in March last year.

Koni is the third of the presidential council chaired by Sarraj who resigns. Two other members resigned in protest for the attempts to remove Field Marshall Khalifa Haftar from position as leader of Libyan Army.

The Presidential Council is made up of nine members who are meant to represent different geographical regions and political currents within Libya.

“I announce my resignation due the failure of the Presidential Council, because it holds responsibility for the killing, kidnapping, and rape that happened over the past year,” a visibly moved Koni said.

“I don’t think we are unaware of what the citizens are suffering, but we are incapable, and I admit that we are failures because we didn’t solve the problems, which are many,” added Kouni, who represents the Tuareg minority in the GNA.

Koni declared that the GNA has accepted this mission and is responsible for what happens.

“We take responsibility for everything that has happened in the past year: violence, murder, rape, invasion, the squandering of public funds… Regardless of the extent of the crimes, we are responsible,” he said.

“The inability to meet people’s expectations leads me to resign… I pledged to alleviate their suffering but I did not succeed,” Koni also wrote on his Twitter account.

Besides Koni’s resignation, officials at Sarraj’s office told Asharq Al-Awsat that Ministers of Interior and Planning, in the government not recognized by the parliament, also resigned from their positions.

Sarraj’s government did not comment on the recent developments, but issued a short statement saying that the Presidential Council will continue to hold sessions, adding that the council will discuss with Koni his resignation.

These resignations cast doubt on the future of the government in its current form, just over a year after it was launched under a U.N.-mediated deal that had only partial support from Libya’s rival factions.

Meanwhile, Libyan parliament held a session in Tobruk to question the government loyal to it and the regulatory bodies.

During their meeting in Cairo, Speaker Aguila Saleh informed Egyptian President Abdul Fattah Sisi last week that he would discuss with the MPs and all parties the political deal and the outcomes of the meetings held in Egypt between Libyan parties.

Saleh hoped the discussions would lead to suitable solutions for everyone in Libya and to the elimination of terrorism.

Since 2014, Libya had had two parliaments each with its own government and armed factions. 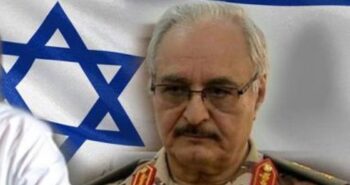 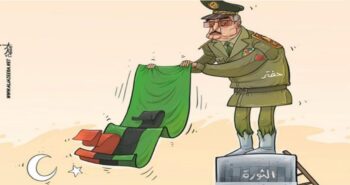