US heart surgeon says GNA does not care about Libyan children

An American heart surgeon has launched into the Government of National Accord (GNA) for what he says is a complete absence of concern for Libyan children needing life-saving operations.

The Beida health ministry has said that at least a thousand children require cardiac surgery.

Bill Novick, who has been coming to Libya with a volunteer team of surgeons since 2012, has attacked the GNA health ministry for failing to fund paediatric heart surgery.

Novick, in a letter to Beida health minister Reida El-Oakley, wrote that throughout the country children were dying every single day from correctable heart disease.

“I am appalled at the complete absence of concern for children needing life-saving surgery by whomever is responsible within GNA,” said Novick, “How does withholding funds for critical life-saving surgery in children help the GNA win the hearts and souls of the Libyan people? I am sure that it does not”.

Novick was writing to Oakley because until now the Beida health ministry has been financing visits by the surgeon’s William Novick Global Cardiac Alliance largely with funds raised from banks by the Beida-based eastern Central Bank. The Tripoli Central Bank has  refused to transfer any spending money to the Thinni government save for the payment of salaries.

Talking to the Libya Herald this July, Oakley said that Novick and his surgical team of 17 had saved Libya a lot of money. “In their latest visit they did 40 operations at a cost of $100,000, which covered travel, supplies and food and accommodation. The price of just one of those operations would have been around $70,000”.

But with a thousand children still in need of surgery, this month Oakley told Novick that he was running out of ideas to fund further visits by the American and his team.

Oakley said that since the GNA had taken over Libyan embassies, it was no longer possible to use funds available to health attachés. A 2016 approach to the Presidency Council (PC) through the-then UNSMIL chief Martin Kobler, had failed to produce any money for the cardiac surgery.

Instead, said Oakley, the Beida health ministry had funded Novick’s October 2016 trip by borrowing $124,000 from Libyan doctors working abroad, which sum had not yet been repaid.

Oakley also said that his ministry had turned to donors, some of whom failed to deliver. However, Novick’s latest and only trip this year had been supported by a Michelle Guidry.  He pointed out that last month, Tripoli’s deputy health minister, Ali Zenati, who is from the east, had quit because of what Oakley described as a series of broken promises to fund the health system in the east of the country.

In the past Novick has argued in a letter to this paper that the health of children should not be subject political infighting.

Novick now insists that if the GNA released funding for his heart operations, hundreds of children would be saved.

He said: “The real solution requires GNA to act humanly and provide the funds for a year-long programme in which we could provide clinical care to these children and at the same time provide education to the local team so that in the future Libyan children could be treated by a Libyan team.

“I hope that GNA will come to its senses and do what is right for the children of Libya with heart disease”. 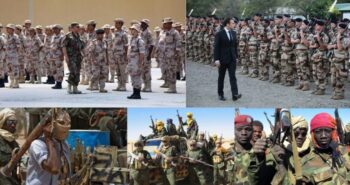 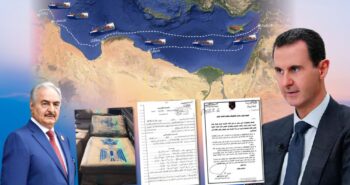 From Syria to Libya: Inside the booming... 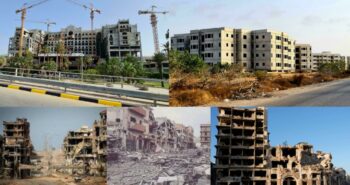 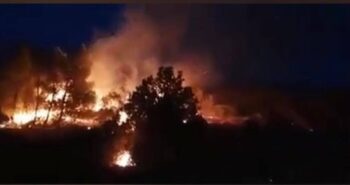