By George Arbuthnott and Jonathan Calvert

A huge leak of documents has revealed that Luis Moreno Ocampo, the former chief prosecutor of the International Criminal Court (ICC), passed sensitive information to a possible war crimes suspect who was secretly paying him for advice.

Moreno Ocampo had agreed a contract worth $3m over three years to “protect” and advise an influential Libyan billionaire who had close links with the murderous regime of the late Colonel Muammar Gadaffi. Yet Moreno Ocampo had indicted Gadaffi and his son Saif al-Islam for war crimes in 2011 before leaving his job at the ICC to embark on a lucrative career in private practice.

The revelations come from a cache of 40,000 documents obtained by the French investigative website Mediapart and seen by The Sunday Times and members of the European Investigative Collaborations.

Moreno Ocampo had tipped off Hassan Tatanaki — his billionaire client who was educated at King’s College London — that he was being carefully watched by war crimes investigators after receiving the information from a former colleague at the ICC.

The former chief prosecutor also arranged for one of the court’s most senior press officers to work for Tatanaki secretly.

Moreno Ocampo denies receiving any intelligence from the ICC and says he did nothing to undermine the work of the court in Libya. He says he was hired by Tatanaki to advise on measures that would help end the civil war in Libya. Tatanaki, who was not indicted for war crimes, declined to comment.

Silver-haired Luis Moreno Ocampo cut his teeth prosecuting right-wing generals from Argentina’s former junta and rose to be one of the world’s most famous lawyers, feted by celebrities such as the actress Angelina Jolie.

He became the first chief prosecutor of the International Criminal Court (ICC), tasked with hunting down dictators and other violent oppressors to ensure their genocidal crimes did not go unpunished.

However, his nine-year tenure drew international criticism. It failed to achieve a single conviction until two months before he left the job in 2012.

Now a leak of documents has raised questions about his subsequent dealings with a Libyan billionaire with links to the Gadaffi family, which Moreno Ocampo had investigated as ICC chief prosecutor.

They show that he passed sensitive information to the Libyan — with whom he had a $1m a year contract — that suggested the billionaire was being watched by war crimes investigators at the ICC.

Moreno Ocampo had obtained the information from a former colleague still serving at the court.

The revelations come from a cache of 40,000 documents, diplomatic cables and emails obtained by the French investigative website Mediapart and seen by this newspaper and members of the European Investigative Collaborations.

Moreno Ocampo, now 65, remained a respected public figure after his departure from the ICC, where he consorted with Hollywood stars such as Jolie and George Clooney, who shared his interest in stamping out crimes against humanity.

He established a consultancy advising on issues relating to international conflicts and in 2015 he took on a controversial client from Libya, Hassan Tatanaki, a billionaire oil magnate. 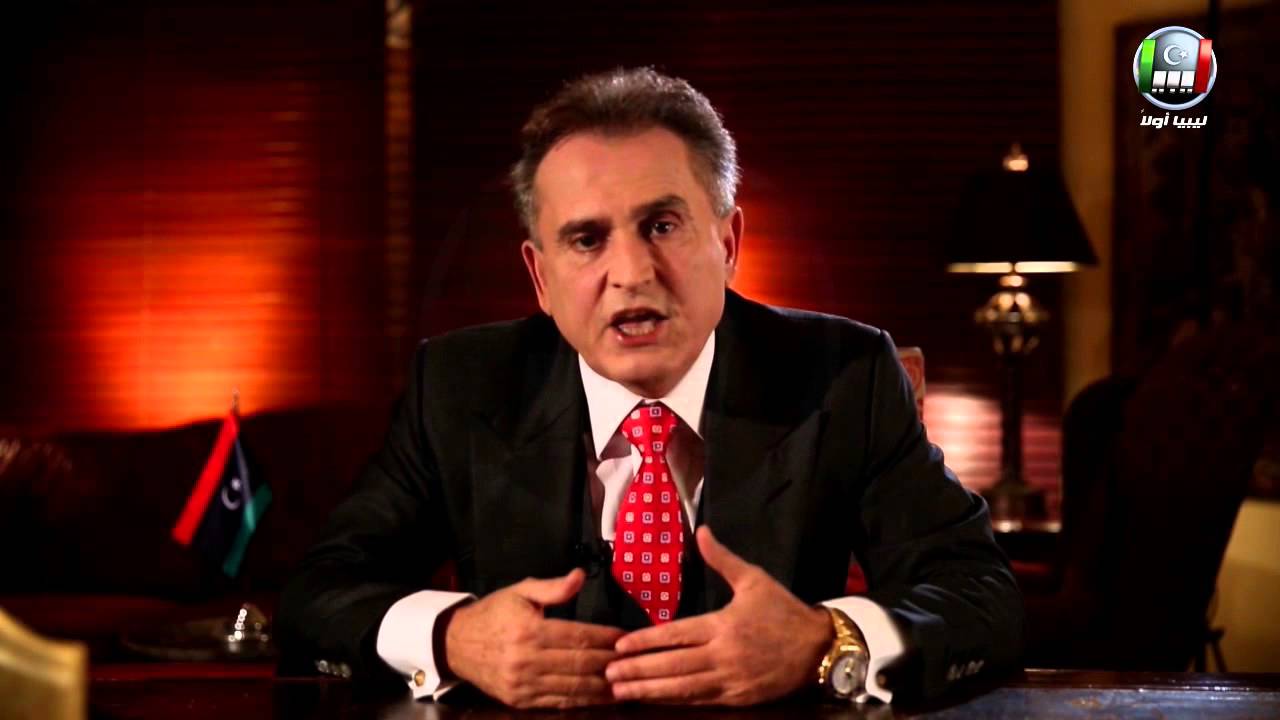 Tatanaki had been raised in Britain and educated at King’s College London before returning to Libya, where he had prospered under the regime of Colonel Muammar Gadaffi and became one of the country’s richest men.

He had been especially close to Gadaffi’s second son, Saif al-Islam, before the downfall of the regime. They had been partners in a £2bn eco-tourism scheme and Tatanaki had paid an American public relations company to assist the young Gadaffi in boosting Libya’s image in the US.

By contrast, at the height of the Libyan uprising against the Gadaffis in 2011, Moreno Ocampo had indicted Saif al-Islam and his father for war crimes.

Despite the possible conflict of interest because of his former work, Moreno Ocampo was prepared to be handsomely paid by Tatanaki. Under a contract dated April 2015, he was to receive $5,000 (now £3,700) a day for “consultancy services” on top of a fee of $3m (£2.2m) to retain his services for three years.

Moreno Ocampo said last week that the work was unconnected to his previous role as the ICC chief prosecutor. He said he had been contracted by Tatanaki to advise on how international law could be used to reduce the continuing violence in Libya and to secure peace.

However, he had described the relationship differently in an email explaining the payment to his bank manager the day after the contract was signed. He said he had been hired to advise Tatanaki on “how to deal with the [Libyan] conflict and protect his interests”.

At the time, Libya’s post-Gadaffi civil war was a pressing concern for the ICC. A fortnight after Moreno Ocampo’s contract was agreed, the court said it was looking at possible war crimes by troops led by a militia strongman, General Khalifa Haftar — who was reportedly backed by Tatanaki.

The billionaire’s link to a possible war criminal was to be a cause of concern for Moreno Ocampo and also, as was to become clear, a matter of interest to the ICC itself.

Moreno Ocampo was given intelligence from a former colleague still at the ICC suggesting that Tatanaki was being closely watched by its investigators. The colleague was Jennifer Schense, a criminal lawyer in the prosecutor’s office.

In a leaked email, seen by The Sunday Times, Schense told Moreno Ocampo’s legal assistant that her “colleagues are still turning up some concerning things about Tatanaki” and outlined two allegations identified by the investigators.

One was an incident in which a commander from Haftar’s militia had appeared on a television station owned by Tatanaki making an incendiary threat to kill those who refused to join their side and rape their wives. Schense said Tatanaki, as the TV station’s owner, could be held responsible for inciting war crimes.

The second piece of intelligence from Schense was that the ICC was aware of an intercepted phone conversation from 2011 when atrocities were being committed by the Gadaffi regime. In the call, if genuine, Saif al-Islam appears to believe that Tatanaki had remained loyal to the regime and had not defected, as had been claimed.

Moreno Ocampo acted swiftly after receiving the information. The next day he wrote to Tatanaki’s assistant passing on the intelligence and saying “we need now a strategy to isolate Hassan [Tatanaki]” from the possible investigation into the remarks made on his TV station.

In the following days, he emailed Tatanaki’s assistant warning that the billionaire’s “activity is now followed by ICC staff” and offering to find ways to protect him. “I would suggest to develop a comprehensive plan to ensure that Hassan and the forces he is supporting are not the target of ICC prosecutions.”

The assistant replied that his boss was “very shaken” and “has been having some difficulty with the idea of an interest of him by the ICC”.

Moreno Ocampo’s strategy was to “isolate” Tatanaki from the Haftar militia and bring in measures — spearheaded by Tatanaki — to stop it committing war crimes and making incendiary threats. He also proposed a public charm offensive emphasising Tatanaki’s humanitarian and philanthropic work for peace.

A series of leaked email exchanges from June 2015 suggest the billionaire or his staff may have met two ICC staff during a trip to the Hague alongside Moreno Ocampo. It would be a clear conflict of interest for the ICC staff to meet someone who was being monitored for possible connections to war crimes.

One email between Tatanaki’s assistant and Moreno Ocampo refers to a lunch meeting at the Hotel Des Indes in The Hague with the “ICC lady in charge of Libya”. It does not name the ICC official but other emails show that Moreno Ocampo had arranged to meet Schense in the same hotel an hour or so earlier. He suggests they then go on to lunch.

Later that day, Florence Olara, the ICC’s public information officer, was picked up from her home and taken to the hotel in a taxi paid for by Tatanaki’s office. As she approached the hotel, Tatanaki’s assistant emailed Moreno Ocampo to say she was 20 minutes away and that Tatanaki was downstairs.

Last week Moreno Ocampo denied that he had introduced Tatanaki to any ICC employee. Olara, however, went on to do some work for Tatanaki as part of the public relations campaign to present him as unconnected to war crimes being committed by the militia in Libya.

One of her tasks was to write a statement setting out a humanitarian message from Tatanaki for Ramadan in which he calls on the Libyan people to gather together to “stop the fighting and respect the law”. She sent the text from her Hotmail account to Tatanaki’s assistant saying: “Please let me know what Hassan [Tatanaki] thinks.”

Olara also rewrote Tatanaki’s Wikipedia biography to stress his charitable work, and edited video clips on behalf of the billionaire. She wrote to Moreno Ocampo saying she would charge €5,000 (now £4,400) for the video clips and the Ramadan statement.

Last week the former prosecutor denied his work for the Libyan had undermined the ICC’s investigation and denied receiving any intelligence on it.

He denied any wrongdoing and said Tatanaki had assured him he was not involved with Haftar’s activities but he had nonetheless legitimately advised him to be “careful” in such matters.

Tatanaki, who was not indicted for war crimes, declined to respond to questions last week. When the substance of this article was put to Schense and Olara in a letter containing a series of questions, they both issued short statements describing all the allegations as false.

Fatou Bensouda, the current ICC chief prosecutor, said her office would look into these “serious allegations” as they could amount to a “breach of duty” by the court’s staff if proven.

Olara denies meeting or working for Moreno Ocampo or Tatanaki, claims she was elsewhere that day and says any documents that may suggest otherwise are false.

Jonathan Calvert – Sunday Times Insight editor. His national newspaper career began with one of the biggest British political scoops of the modern era – the original House of Commons cash-for-questions exposé.

George Arbuthnott – Journalist, The Sunday Times. He is the winner of the inaugural Sunday Times’ Marie Colvin scholarship.