Misrata Fee Zone Authority (MFZ) has signed an exclusive joint venture agreement with Mabco Holdings to develop and expand the MFZ. No value of the contract was mentioned.

The plans include the building of an airport, a deep-water sea port terminal, a road linking sites A and B of the free zone and an industrial free zone on an area of 2,500,000 square metres of land on a design, build, operate and transfer (DBOT) basis.

The MFZ-Mabco joint venture agreement includes building a road to link sites A and B (Photo: MFZ).

Speaking to Libya Herald, Mabco Holding CEO Jalal Baayou, confirmed the news. He confirmed that Mabco is a UK-based company with Libyan subsidiaries and that this agreement was a contract – and neither a Letter of Intent nor an MoU. He was aware that MFZ had indeed signed a number of MoU’s in the past.

Baayou also confirmed that his company was open to discussion with any other interested parties wishing to participate in the development of this huge project.

Mabco Holdings is listed with a UK address. 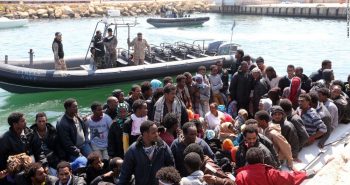