International accountability as a tool to empower and protect

Over the last eight years Libya has become increasingly ruled by warlords and armed groups who regularly carry out brutal crimes and atrocities with almost total impunity.

Lawlessness has torn the country apart and made the reform of state institutions, including the justice system, all but impossible.

But this situation was never inevitable. After mass protests broke out in February 2011 and the fall of Gathafi’s regime nine months later, many Libyan citizens began the process of rebuilding their country.

Civil society organizations, activists and journalists dedicated to the creation of a free and democratic state governed by the rule of law began to proliferate.

Reformists and rights activists who fled Gathafi’s brutal regime returned to Libya. Many legal professionals and others began efforts to strengthen the country’s justice system.

As these brave citizens began to expose ongoing human rights violations and seek accountability for crimes, they became a primary target of armed groups determined to rule through violence and intimidation.

Assassinations, abductions, arbitrary detention, torture and threats against reformists and their families became common-place and continue to this day.

At the same time the international community began to deprioritize efforts to ensure accountability for war crimes, crimes against humanity and human rights violations within Libya.

The way in which Libya has been dealt with by governments at the United Nations Human Rights Council (the Council) is emblematic of this trend.

In February 2011, as protests continued throughout the country, the Council established an International Commission of Inquiry (COI) on Libya.

It was tasked with investigating and ensuring individual criminal accountability for violations and abuses of international human rights and humanitarian law in the country.

In June 2011, the Council affirmed its commitment to maintain the COI. Two months later the government fell and in October Gathafi was killed by an armed group.

At the next session of the Council, in March of 2012, the COI was not renewed, but was replaced with a resolution that encouraged “technical cooperation” between the Libyan government and the UN and did away with international investigations.

Three years later, in March of 2015, as abuses by armed groups continued to worsen, the Libyan government agreed to allow a special mission of the Office of the High Commissioner for Human Rights (OHCHR) to investigate crimes being committed in the country, a mission which was mandated by the Council.

However, one year later, in March of 2016, the mission was disbanded after reporting that armed groups connected to the Libyan government, including General Khalifa Haftar, may be guilty of committing war crimes and human rights abuses.

During the same period, the Prosecutor of the International Criminal Court warned on several occasions that its own investigations into war crimes and crimes against humanity in Libya were not being properly funded by member states.

Perhaps even more telling, many government aid agencies have deprioritized funding for civil society initiatives associated with legal reform and accountability in Libya.

Importantly, the investigation by the OHCHR that reported to the UN in 2016 forcefully highlighted the worsening attacks against human rights defenders and journalists, and identified increasing attacks by armed groups on judges, lawyers and courts as a primary obstacle to achieving effective accountability through justice sector reform within the country.

These warnings have largely gone unheeded. Over the last four years not a single government has demonstrated committed leadership to protect those working for justice in Libya or to ensure criminal accountability for attacks carried out against them.

Whether intended or not the message being sent to warlords in Libya is clear: accountability for war crimes, crimes against humanity and human rights abuses is not a priority for the international community.

Members of armed groups attacking those who seek to ensure justice and the rule of law in Libya will not face consequences.

Unsurprisingly, such attacks continue to occur throughout the country. Since 2016, facing violence and threats of violence, many of the human rights defenders, judges, lawyers, former government employees and journalists who have worked to establish the rule of law and accountability in Libya have either been forced to flee the country or live under constant fear.

As recently as August 7, 2019, an official in the Ministry of Justice was abducted by an armed group. He was found dead a few days later.

In May of this year an armed group kidnapped the Director of a human rights organization and her family.

Four of her family members were killed. She escaped but remains under threat.

Civil society actors in Libya are also confronted with a myriad of laws and orders that restrict the exercise of basic civil rights.

Authorities have relied on the constitutional vacuum and repressive Ghathafi era laws, such as the Publications Law of 1972 and the Law of Associations of 2001, to issue regulations and decisions that severely curtail freedom of expression, assembly and association.

Regulations of the Ministry of Culture and Civil Society have been used to suspend or dissolve dozens of civil society organizations and cancel the legal registration of international associations.

A fatwa issued by Dar al-Iftaa in 2018 prohibits contact with foreign organizations except through the Libyan Ministry of Foreign Affairs.

The Foreign Media Department of the Ministry of Foreign Affairs in the Government of National Accord often arrests and interrogates journalists. Regulations require journalists to send any story they intend to publish to the government for approval.

International attempts to achieve a national “peace” accord in Libya have appeared to down-play and marginalize national and international criminal accountability in order to appease armed groups within the country.

Not only does this approach fail to provide a deterrent to the ongoing violence in Libya, but it leaves Libyan citizens who have struggled for national level accountability and justice sector reform without protection or international support.

A new approach is required that puts accountability for ongoing violations and abuses of international human rights and humanitarian law at the top of the list of priorities, and the empowerment and protection of civil society and citizens working to establish justice and accountability on the national level at the center of the international decision making processes.

A good first step would be to reestablish an International Commission of Inquiry on Libya at the UN Human Rights Council and provide it with a clear mandate to gather evidence of crimes committed in Libya, identify individuals criminally responsible for these crimes, and work to ensure the realization of national and international efforts to protect and empower Libyan citizens working in this area.

Karim Salem is a Legal Advisor at the Cairo Institute for Human Rights Studies.

How Russia’s War in Ukraine Affects Its... 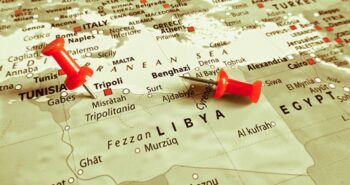 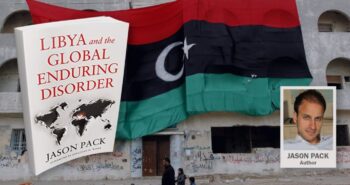 ‘Our Enduring Disorder’: An interview...