The Berlin summit failed to put pressure on states intervening in Libya. Instead, it risks to further internationalise the conflict.

Many had hoped – perhaps more out of despair than anything else – that the 19 January 2020 Berlin Summit would be an inflection point in Libya’s trajectory.

However, the meeting laid bare the extent to which a collective genuine commitment towards stabilising the war-torn North African country is elusive.

Gathered at a long-planned Summit in Berlin on said date, world leaders triumphantly announced that they had all agreed to sign a 55-point communiqué in which they pledged to end foreign interference, respect the arms embargo and work towards a permanent ceasefire in Libya.

The conference featured a limited Libyan presence, with only the Government of National Accord’s Prime Minister Fayez al-Sarraj and the head of Libya’s Arab Armed Forces, Khalifa Haftar formally invited as attendees, but not partaking in the talks.

Deliberately planned as a forum that would exclusively gather foreign states involved in the Libyan conflict, the ceremony betrayed how much the war had become driven by foreign powers.

Over the past 10 months, the symptoms of external actors’ interventionism had become increasingly more blatant, with heavy weaponry, drones and mercenaries challenging the integrity of the UN’s arms embargo on Libya.

Against this backdrop, the German initiative’s initial aim was to taper foreign interventionism and reinforce the UN’s embargo on weapons, with the end goal being to ripen local actors towards peace by tackling the symptoms of internationalisation of the conflict.

However, these two simple goals somehow morphed into a non-binding 55 point-long communiqué, with seven detailed sections.

The document was the subject of multiple deliberations and amendments over the course of half a dozen preparatory meetings attended by representatives of foreign states since September 2019.

The manoeuvring of states backing Haftar was the primary reason why the Berlin Conference was significantly delayed, but also explains the length of the final document.

The impulse to be reactive once again overtook Europeans as they hastily announced that the Berlin Summit would be held soon after.

In early September, Haftar’s backers believed his Libyan Arab Armed Forces’ capture of Tripoli – with the support of Russian mercenaries and unabated aerial support from the UAE – was an inevitability.

This prompted them to stall the Berlin process’ progress. After his offensive was militarily stymied by the Turkish backing offered to the GNA, Haftar’s backers – in a political effort led by France and Egypt – opted to weaponise Berlin’s communiqué and influence both its terminology and structure.

This dynamic was one of the first conceptual drawbacks of Berlin’s process, as foreign states seemingly traded direct military interventionism with political influence over the contours of Libya’s upcoming military, political and economic landscape.

This approach backfired, as it played into the hands of powers willing to insert themselves on either side of the Libyan conflict in order to reap geopolitical returns.

It is undeniable that states like the UAE, Turkey and Russia had long been intervening in Libya clandestinely. However, the interventionism of the latter two growing more overt was partly attributable to the failure of Europe to devise a common policy to engage them in Berlin’s preparatory process.

The signing of two Memoranda of Understanding on military cooperation and maritime demarcation between Libya’s Tripoli-based Government of National Accord and Ankara compounded these European failures.

The panic over the implications of the maritime MoU on Eastern Mediterranean translated into reactive diplomacy that blamed the GNA for seeking Ankara’s military support.

In doing so, Europeans essentially disregarded the transnational coalition that was increasingly intervening on Haftar’s side, thus diminishing Europe’s credibility as mediator.

The drawbacks of this reactive approach to diplomacy were best illustrated by Sarraj’s refusal to travel to meet Italy’s Prime Minister who met only with Haftar instead.

Against this backdrop, Turkey and Russia sought to capitalise on European failures by announcing their own bilateral initiative to broker a ceasefire in Moscow on 13 January.

Though they jointly succeeded in bringing the different parties to the table, Haftar refused to sign the ceasefire agreement.

Nevertheless, fighting had seemingly receded on the ground around Tripoli, with active symptoms of the internationalisation of the conflict diminishing.

The impulse to be reactive once again overtook Europeans as they hastily announced that the Berlin Summit would be held soon after.

Instead of taking heed of the Moscow initiative’s outcome and the clear need to coerce Haftar and all his foreign backers – most notably, the UAE – in order to actually broker a ceasefire, Germany de-facto traded effectiveness for expediency.

By then, the initial goals of the conference had already by then been diluted. Moreover, Chancellor Merkel also opted to invite both Haftar and Sarraj, seemingly appeasing the former despite his disdain for a peaceful solution.

His gamble proved not to be a miscalculation as more military equipment appears to have been transferred to his stronghold in Eastern Libya in the days that followed Berlin.

It therefore comes as no surprise that the Berlin Summit failed where Moscow had also faced a setback. The lack of political will to coerce Haftar was once again on display as he shunned another proposal for a ceasefire.

This doubling down is also however symptomatic of a far more problematic dynamic: multilateral initiatives to tackle the Libyan conflict cannot work if bilateral economic ties and ideological affinities supersede the urgency of finding a solution.

In Berlin’s case, Europeans’ impulse not to coerce Haftar reflects an unwillingness to strain relationships with his primary backers – namely Egypt and the UAE. While Putin has tried, Haftar’s defiance stems from his confidence that his allies’ investment and ideological alignment with him guarantees him support regardless.

Europe needs to find political will

His gamble proved not to be a miscalculation as more military equipment appears to have been transferred to his stronghold in Eastern Libya in the days that followed Berlin.

On the opposing side, Turkey has also continued transferring Syrian mercenaries to Libya, but more importantly, has deployed aerial defence systems in Western Libya, and set up a command and control centre for military operations in the Western city of Misurata.

The fragile truce has consistently been violated, with Haftar’s forces shelling Tripoli’s sole international airport multiple times only days after the conference.

The fallout from Berlin’s conference is its most dangerous – albeit perhaps unintended  – consequence: by failing to coerce domestic actors – namely, Haftar – into accepting a ceasefire, the Libyan conflict is set for escalation by design as local stakeholders fully embrace politics by other means.

When viewed in conjunction with Berlin’s failure to coerce states intervening in Libya, the lack of real achievements is a recipe for catalysing the internationalisation of the conflict.

Unless European states muster the political will to follow-up on Berlin’s Process, harmonise their stance and collectively coerce Haftar and foreign players to de-escalate, all the summit would have achieved is facilitating an unprecedented military escalation in Libya, one that would be driven primarily by foreign actors.

In that respect, a failure of Berlin would be incomparable with the foundering of previous Libya Summits such as those in Paris, Palermo or Abu Dhabi. The consequences for diplomacy, along with Libya’s military and political landscape, will likely be irreversible.

In remaining incoherent or incohesive in the short window of opportunity for constructive engagement that Berlin has provided, Europe not only jeopardises its own credibility, it surrenders its remaining influence to partisan states.

These faraway countries, by and large unaffected by Libya’s turmoil, will have little reason to show restraint if those affected by instability in Libya eschew confronting them.

Emadeddin Badi is a researcher and political analyst that focuses on governance, conflict and the political economy of Libya and the Sahel. 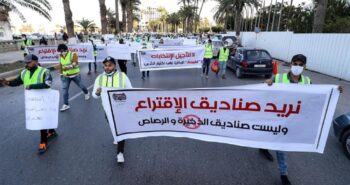 An exceptional phase in Libya

“Libya and the Global Enduring Disorder”... 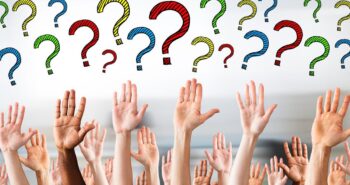 Why Libya’s Hard-Won Peace Hangs in the... 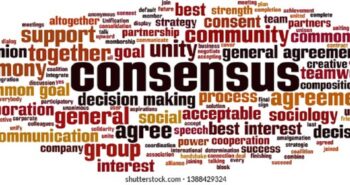 Will the Search for Consensus Prevent...