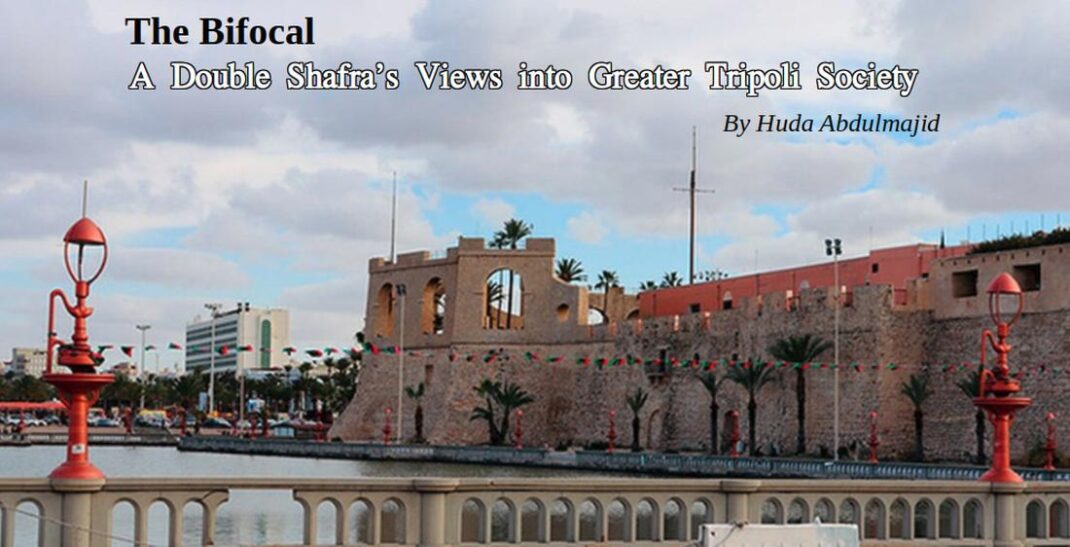 Libyans are neat freaks – this is a fair generalization. Households, as well as shops, undergo thorough cleaning routines every morning in the battle against the country’s sandy terrain. The susceptibility to floating dust keeps Libyans on their feet, literally. Though most households hold a large number of family members, the inside appearance does not often give off that impression.

However, one has to question why the Libyan’s general obsession with cleanliness falters one step away from the threshold, where trash litters sidewalks and street verges like cigarette butts. Unfortunately, this lack of concern for the appearance of public places is highlighted in schools in Tripoli.

I debated on whether or not to write this article because it tells a hard truth about the physical state of many schools in Libya, none of which I personally attended. However, The Bifocal is not about pointing out society’s mistakes but is meant to open dialogue from as many varying perspectives as possible in order to find the small ways we might each help make improvements.

We can only share our personal experiences, and it is my hope that more of the wonderful readers of the Bifocal share their opinions and views as many have taken the liberty already. As the school year comes to a close, I thought it is fitting to share my perception on trash in Libyan schools.

What I saw not too long ago when visiting a high school as well as two university campuses in Tripoli was this:

Deteriorated buildings, deserted stairways buried in waste mounds, restrooms with stenches that drove away all visitors except those with no other choice, and an overall sense of disregard for the upkeep of campuses.

At the university campus students did not seem to allow the appearance of their campus to stand in the way of their education. Hundreds of students walked the hallways, manoeuvring around puddles that seemed to originate from the bathroom.

I could not help but interpret their evading nature as a form of disdain or neglect of their share of responsibility in maintaining their campus.

It was hard to tell if they noticed the stench at all, but I realised, after staying long enough, that I too began to grow accustomed to the smell and the overall appearance of the campus. I realised that this place of oblivion was a desired state of mind; a place that students wanted to reach in order not to be bothered by what they felt hopeless in changing.

Suggesting a clean-up day in this article would hardly be effective, as the real problem is not the trash on the floor but the learned habit of littering. Unfortunately, this is displayed in the appearance of high schools as well where I witnessed the problem be put to practice.

Trash sat on classroom window sills at the high school, on exposed desk drawers, and in empty class corners. The door was kept open by a leaning broomstick, kept by the door just for that reason. And, wobbly desks vandalized by bored doodles threatened to collapse.

Despite all these distractions, I noticed the students’ undeniable eagerness to learn, their enthusiasm to participate, and an admiring display of their respect for teachers.

One must consider what effect that the physical appearance of school campuses has on attending students. By keeping the appearance of academia looking the way it does, we may unintentionally be teaching students to devalue their own education.

Students see the wrong, often participate in perpetuating the bad habit, and are not properly taught better. The one cleanliness rule pertaining to school cleanliness that was followed under the late regime only seemed to enable the habit further.

The rule: the student cleans his own school, put both responsibility and fault on students; often taking away students from their studies in order to scrub classroom floors. A junior high school student described to me what the weekly task of cleaning her classroom entailed: missing lunch break and often the following class period, small groups of students took their alternating turn in cleaning behind fellow students.

“No one cared about cleaning unless it was their day,” the student explained. “We bought cleaning supplies with our money because the school did not provide any.” The only lesson the student seemed to learn was not to argue with authority. She had only to look forward to the day that she would be old enough to ignore civil responsibilities without rebuke.

The million dollar question is who is responsible? More importantly, who should be held responsible? The curious thing is that the answers to both have not always been the same in Libya – a contradiction we are teaching our children. What do we have to say about that? 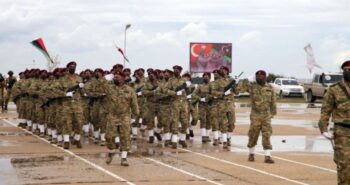 To advance its own interests, turkey should...

Why was Dbeibah prevented from visiting... 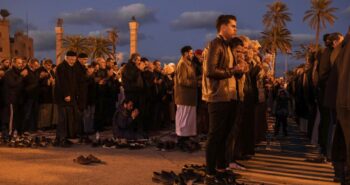