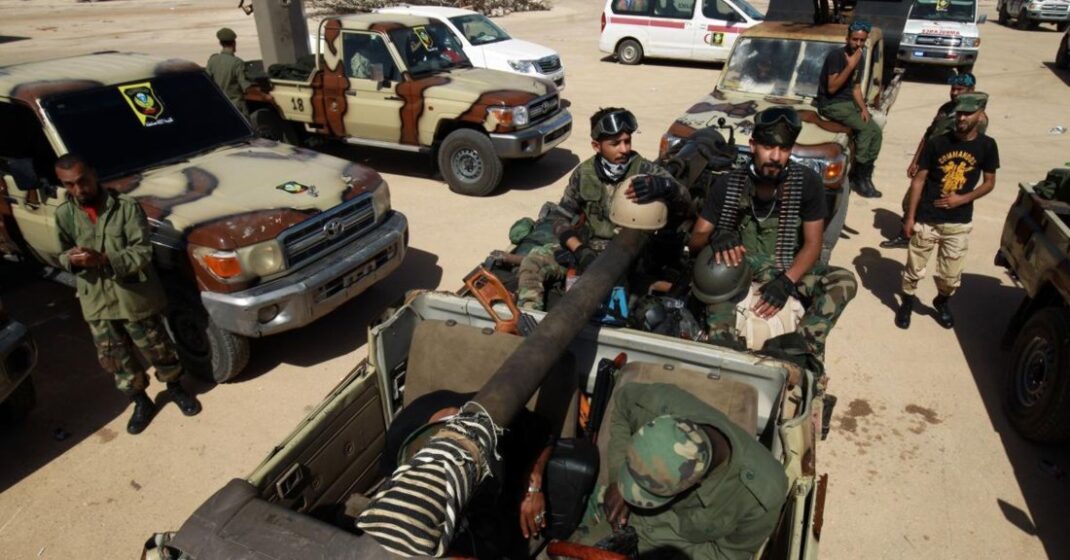 This paper aims to analyse the main factors that have contributed to destabilising the fragile balance in Sirte under the rule of the LAAF.

The city of Sirte has seen a period of fragile stability since December 2016. Despite the successes of local actors in maintaining this balance, on 4 April 2019 it was undermined by the Libyan Armed Arab Forces’ (LAAF) assault on Tripoli, the centre of the Government of National Accord (GNA).

Since then, the city has become more important to both parties in the conflict. On 6 January 2020 following a surprise attack, the LAAF succeeded in taking control of Sirte. Although the city had previously been subjected to airstrikes by unidentified parties in support of the LAAF General Command in September 2019, the GNA did not take any precautions to repel the broad ground offensive as it primarily focused on defending Tripoli.

The LAAF was quick to try and consolidate its control over the city, whose location and socio-political specificities made it a very important strategic gain.

The strategic importance of Sirte changed from January to June 2020 as the balance of power tipped between Libya’s two main warring coalitions. The collapse of the LAAF forces in western Libya – as a result of the withdrawal of the Russian Wagner Group forces – led to the withdrawal of all LAAF forces from the region and them gathering in the Sirte and al-Jufra region.

Sirte gradually became the main frontline in the domestic and international conflict, and a focal point in military and political negotiations.

Through affiliated security agencies, the LAAF used force to rule the city. Both GNA-affiliated fighters who might have remained in the city and supporters of the former regime allied to the LAAF represented potential threats.

To counter this, the local groups affiliated with the LAAF launched violent security campaigns and exploited them to exact revenge on their opponents. This affected the relationships between local tribes. It also resulted in increased tensions between LAAF-affiliated armed groups, shedding light on their diverging goals and loyalties.

The LAAF also made attempts to manipulate the city’s social characteristics to its advantage. The multiple battles and intense fighting that have taken place in Sirte over the past decade have seriously damaged its social fabric, making local actors increasingly dependent on political allegiances to gain influence.

While the Firjan tribe is loyal to the LAAF, Sirte is also considered a major stronghold of supporters of the former regime from the Qadhadhfa, Warfalla and Ma’daan tribes, which have gradually become key elements in the LAAF’s control over the city. However, the way they have exercised power has largely contributed to deepening rifts within the local community.

The eastern-based Interim Government also imposed its political control over the city by dismissing the Elected Municipal Council and establishing a Steering Committee including members of all the major tribes, who were appointed without clear criteria. Its policies have significantly contributed to a consolidation of tribalism and to increasing divisions in Sirte.

Consequently, tribal and political power struggles led to a serious deterioration of the living and service conditions in the city.

This paper aims to analyse the main factors that have contributed to destabilising the fragile balance in Sirte under the rule of the LAAF.

It focuses on the counter-productive effects of the use of security agencies and of the manipulation of tribal and political loyalties to impose LAAF control over the city. It also highlights the fragility of the LAAF alliances in the city and its neighbourhood and suggests how new security arrangements could contribute to restoring stability and support peacebuilding efforts.

On 7 January 2020, the Ministry of the Interior of the Interim Government rapidly allocated the majority of its resources to tightening security control over Sirte. On the one hand, the hasty and disorganised withdrawal of GNA forces left most of its supporters beleaguered in Sirte.

On the other, there were mounting fears of a possible rebellion by former regime supporters who derived their power from their LAAF-aligned military leaders. This represented a real threat to the LAAF forces, which continued to advance westwards to the village of al-Hisha.

With the Sirte Security Directorate lacking the ability or loyalty to face up to these threats, the Ministry of the Interior dispatched most of its Criminal Investigation Units from Benghazi and the Internal Security Forces to the city of Sirte to launch extensive security campaigns.

Using the Security Apparatus to Settle Political and Tribal Scores

The policies of the Internal Security and Criminal Investigation Units led to further schisms among Sirte’s social components. The Ministry of the Interior adopted a security policy similar to that of the former regime, using security personnel from outside the city to avoid social mediation efforts that could fend off arrests.

The policy affected the attitudes of residents, who mistrust the former regime’s violent tactics of using hybrid security apparatuses. The methods they used – breaking into homes, searching the contents of people’s cell phones, arresting the family members of fugitives and using torture in prisons –were unfamiliar to the community in Sirte, which has historically had low levels of crime.

The Sirte tribes’ social charter also forbids breaking into homes and public and private properties. The residents expressed their discontent toward the raids in the media and through the coordinators of the Council of Tribal Elders, prompting one tribal dignitary from Misrata in April 2020 to request safe passage for families with roots in Misrata to leave Sirte.

The city subsequently witnessed the displacement of a large number of families with Misratan roots to western Libya. Most of the raids and arrests conducted by LAAF-affiliated forces have been based on false information and reports aimed at settling political scores and vendettas.

Apparatuses such as the Internal Security and the Criminal Investigation Units, which appear to be controlled by supporters of the former regime, were used to target their rivals. A significant number of young men in Sirte, some no older than seventeen, have spent more than six months in Benghazi prisons.

According to testimonies from former inmates, interrogations only began months after imprisonment, and inmates were subjected to humiliation and torture prior to their release.

Tribes may have various attitudes in the future, but they will all invariably hold LAAF-aligned components responsible. In particular, the city may witness individual acts of revenge targeting those involved in the storming of homes.

Concentration of Armed Groups, Lack of Control and Insecurity

Militarily, the shift in the strategic importance of Sirte between January and June 2020 further impacted the fragile stability in the city. After the withdrawal of the Wagner Group forces supporting the LAAF from southern Tripoli and the subsequent collapse of LAAF forces in western Libya, the GNA changed its strategy.

It moved away from a defensive posture in Tripoli to attacking Sirte. The LAAF forces and their supporters focused on defending the city. In June, Sirte became a concentration point for fighters, adding to the militarised character of the city.

The presence of the armed groups, most of which appear to be undisciplined, along with their continual recruitment from among Sirte’s youth, has significantly undermined security and stability in the city.

Deteriorating economic conditions combined with the military stalemate have led to the outbreak of internal conflict among the LAAF brigades. The lack of a unifying goal bringing these different units together and of financial liquidity have prompted some of these armed groups to find alternative sources of income.

These include armed robbery and control over the fuel trade in the city, reselling subsidised fuel to citizens on the black market at double the price. On 28 November 2020, the tensions among these groups reached the point of armed clashes between one of the eastern Libyan brigades and a group affiliated with the 9 th Brigade (Tarhuna) in the Gharbiyyat region of Sirte, resulting in severe damage to homes and facilities.

The lack of central control over the armed groups prompted the tribes to act according to their social rules, with each tribe bearing responsibility for its own members. However, these temporary measures do not produce guaranteed results. With the absence of a fair judiciary, these social measures and stopgap solutions may even contribute to a future escalation of violence.

The securitisation of governance in Sirte has also impeded participation by local actors in political negotiations and reconciliation initiatives. The spread of fear among the population has rendered any initiative or statement aimed at averting conflict susceptible to accusations of treason, potentially causing its organisers to be arrested by the brigades in control of the city.

For example, Salem al-Saghir Sanan al-Gaddafi, head of the Sirte Reconciliation Committee, was arrested on 11 August 2020 due to his public appearance alongside certain supporters of the former regime from his tribe in an attempt to bring about reconciliation between the communities of eastern and western Libya. 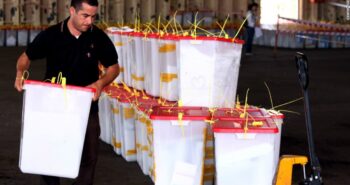