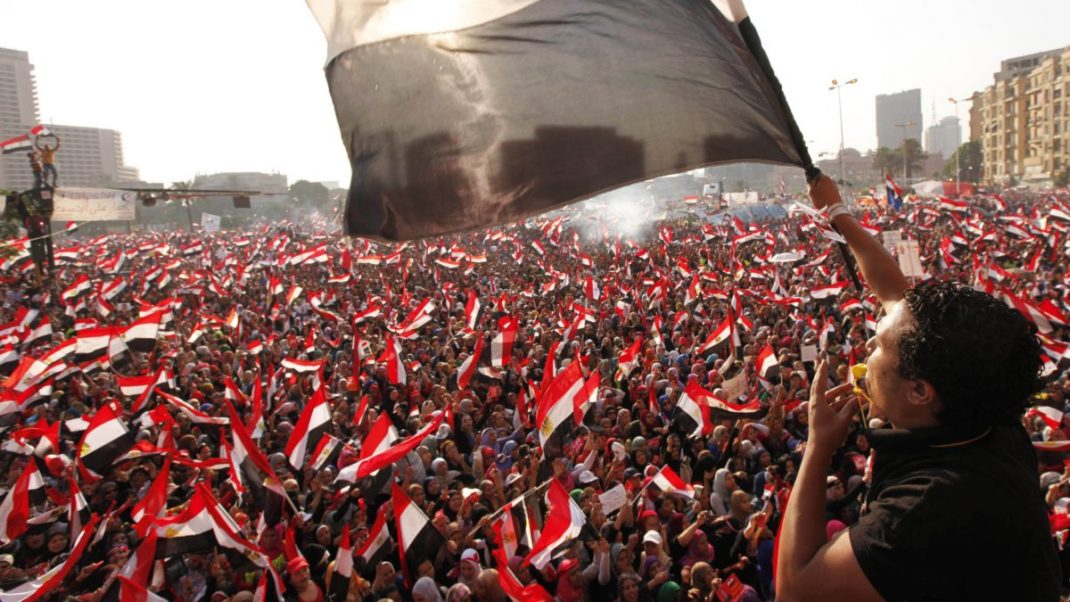 Change Has Not Come to the Middle East

At first glance, it would appear that the Middle East President Donald J. Trump now faces is far different than the region which confronted President Barack Obama in 2009.

The Arab uprisings of 2011 swept away the leaders of Tunisia, Egypt, Yemen, and Libya. Civil war has rent apart and depopulated Syria, once the cosmopolitan heart of the Arab world. The so-called Islamic State (ISIS) has carved out a terrorist quasi-state straddling Iraq and Syria, albeit one that is rapidly shrinking.

The Israeli-Palestinian peace process is experiencing its most prolonged lull since the 1993 Oslo Accords. And the once rapidly-escalating Iran nuclear crisis has been paused by the negotiation of the “Joint Comprehensive Plan of Action” (JCPOA) – the only one of these developments for which Obama likely desires credit.

Yet the real story in the Middle East is not how much things have changed, but – when one digs a bit deeper – how little. The economic and political stagnation that birthed the 2011 uprisings has, if anything, worsened. Youth unemployment in the Arab world stood at 29 percent in 2013, more than double the global average of 13 percent and higher than any other region of the world.

Even as the rest of the world worries about instability in the Middle East, the people of the region themselves overwhelmingly listed not security but their economic situation as their topmost concern – 88 percent prioritized economic woes compared to one percent who listed security concerns in Egypt, according to the Arab Barometer 2014.

The rise of ISIS did not occur in a vacuum; it was abetted by the Syrian government’s ongoing brutal repression of its own people, and the sectarianism practiced by then-Iraqi Prime Minister Nouri al-Maliki. Both were enabled by Iran, whose shock troops have sustained Syrian President Bashar al-Assad’s war, and whose backing of Iraqi militias threatens to undo whatever gains are made against ISIS in places like Mosul and Anbar province.

Iran’s power across the region has grown despite the JCPOA – or arguably because of it. The U.S. and other powers refrained from pushing back on Tehran’s regional ambitions in hopes of cinching and then preserving a nuclear deal.

Those countries that were doing reasonably well in 2008 – for example, Jordan, Morocco, and the UAE – are today continuing to prosper despite the region’s turbulence, due to sound leadership and patient, low-key U.S. and international cooperation.

The biggest change in the region has arguably come from the outside, starting with the role of the United States. There is no American alliance in the region that stands stronger in 2017 than it was in 2009.

The Obama Administration, seeking to pivot to Asia, attempting to extricate itself from Iraq and avoid conflict with Iran, and reeling from a financial crisis that refocused attention on domestic matters, conveyed an impression of disengagement. This was in part deserved – U.S. policy was often diffident and incremental, and we gave allies little confidence that we shared their threat perceptions – but in part belied by strong, continuing security partnerships with allies, like Israel and the UAE, which will be an asset to President Trump.

The strategic disengagement of the United States has reconfigured the region’s geopolitical landscape. It brought U.S. allies like the Arab Gulf states closer together (and closer, remarkably, to Israel) and led them to a new activism and multilateralism. Yet this cooperation has its limits, as our allies largely continue to lack the institutional strength and interoperability that regional alliances elsewhere exhibit. They also lack indigenous forums or mechanisms to resolve the region’s many conflicts.

America’s standoffishness has also spurred other external powers to increase their involvement in the region, whether opportunistically or simply to secure their own interests. The clearest case is Russia, whose intervention in Syria saved the Assad regime from elimination. But China, European states, and others have more quietly increased their own involvement in the Middle East, heralding the end of the decades-long era of unchallenged American primacy in the region.

Increasingly, the U.S. will need not only to take these other powers into account as we formulate our regional policy, but to reconsider basic assumptions, such as our freedom of action in the region’s airspace and waterways.

Given the region’s notorious difficulty, it would be tempting for any new administration to pivot elsewhere.  But President Trump has vowed to prioritize the pursuit of American interests in his foreign policy, and it is our interests that draw us to the region. Interests in combating terrorism, preventing the spread of weapons of mass destruction, and ensuring the free flow of commerce and energy, to name a few.

The more he focuses on advancing those interests, rather than seeking to resolve conflicts or clinch deals for their own sake, the more successful he will be.

It is tempting to see Mideast policy in terms of “solving” Syria, Iraq, or the Israel-Palestinian dispute, but such solutionism tends not only to fail but to crowd out attention and resources for endeavors which are just as important in the long run but less high-profile.

Thus, as vital as the fight against ISIS in Syria and Iraq will continue to be, there are three other changes to U.S. policy in the region that President Trump could make that would serve our interests well over time.

First, he should act firmly to counter Iran. Doing so would not only help to sustainably end the conflicts in Syria, Iraq, Yemen, and elsewhere, but would put the U.S. back on the same page strategically with our allies, who consider Tehran’s regional ambitions their top threat.

Second, he should seek to rebuild U.S. alliances in the region, focusing not merely on improving bilateral ties but on forging a more capable and useful multilateral grouping of likeminded regional partners.

Finally, he should help our allies, where they are willing, to engage in economic, security, and political reforms. The objective should not be to remake them in our own image, but to help them take actions that benefit our mutual interests by making them more resilient to regional threats and responsive to their own populations. After eight years of U.S. strategic drift, our allies will have high expectations of President Trump; he should in turn insist on much from them.

Michael Singh is Lane-Swig Senior Fellow and Managing Director of the Washington Institute for Near East Policy. Singh was senior director for Middle East Affairs at the White House from 2007-2008, and a director on the NSC staff from 2005-2007.